I am not an Apple fanboi. I got my first PC in 1989 and haven’t really used any other operating system except DOS/Windows and the occasional flavour of Unix. Until recently the only Apple products I had were a 1st generation iPod Nano (which they’ve now recalled because of safety issues) and a few years later a 4th generation one. The only time I had tried to use Mac OS was at a relative’s place a couple of years ago. Just minimising the current window, opening a browser and getting to my email took a few minutes. OK, I was slightly stoned and they keyboard was German but still, I wasn’t sure how to navigate around and found the GUI alien and awkward.

When the iPad 2 came out this year I didn’t queue outside our local Apple store (not “shop”, it’s Apple… you must be reverently precise). In fact I didn’t pay any attention to all the hype until I saw one at John Lewis. It was beautiful, thin and fast and I wanted one. After a few weeks of negotiation with my significant other, I got clearance for the purchase. I just had to go out and get it at that moment, but promised it would be quick and I’d be back home before supper got cold. If only I knew.

I drove to the Kingston upon Thames Apple Store, where there were 5 or 6 customers and three employees visible. Is it me or is there something funny/hipster about most people who work there? 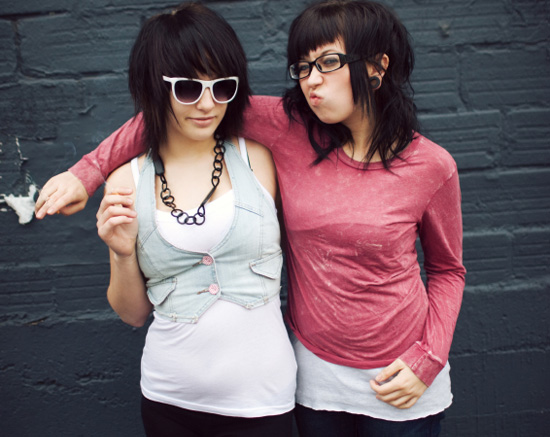 Destined for a career in an Apple Store

Is it a requirement to have to have one of these: lip/eyebrow/nose piercings, bleached-white or shaved hair, long beard, neck tattoos, tight jeans, black thick-rimmed glasses?

I headed to the back, to what I assumed were the tills. I then realised that these aren’t really tills per se, it said “Genius Bar” although apparently they don’t serve any alcohol. I said to the employee that I’d like to buy an iPad 2, 16Gb black WiFi. He asked “Have you checked in?”. I said I’m not flying anywhere, I’d just like to buy it and go, please. He took me to one of the sample MacBooks in the middle of the store, where he asked me to enter my name, email address and postal address in a request system of some sort, and I’d be added in the queue. Apparently you need to be entered in an online queue to buy something in an almost empty Apple Store. As I was entering my details another employee, this time a smug camp kid, came and asked me what I was doing. I said I’m entering my details to join the queue. Just before I was about to click submit, he took over the keyboard, laughed dryly and said “it doesn’t work that way”. He closed that browser window. At that moment employee #1 came back and asked if I’m done. I said no, because employee #2 had just closed the browser. After a short discussion amongst themselves the conclusion was that I had to enter my details again. What geniuses.

While I was waiting for my turn I had a look around the shop. The polyurethane smart covers (LINK) at £35 came only in stupid colours. If you wanted nice colour you’d have to go for a leather one, at £59. No way.

The ones on the right are twice the price

My iPad finally arrived, shrink-wrapped, and I was about to put it in a bag, pay and go, but the employee asked me if I’d like help in setting it up, and it only takes a couple of minutes. Not sure what is involved in setting an iPad 2 up, and unwilling to have to drive back to the store, I said ok, go for it. He proceeded to take out of his pocket what I believe is the Official Apple Shrink-Wrap Removal Tool, handed it to me reverently, looked at me earnestly in the eyes as if he was about to reveal the secrets of the ages, and asked “Would you like to do the honours”? I laughed and said “no, you go ahead”. He seemed a bit shocked at my nonchalance. They must teach them in their induction that the box-opening moment is one of the most sacred moments in the customer’s life. Feeling bad, I took the tool and opened it. Apparently the setting-up was to enter my webmail address and password.

What would be a matter of 25 minutes to pop out and buy anything else, took an hour and a half. By the time I got back home, supper was cold. The first thing my wife said was that she hoped I’d at least use it and not put it aside a few days later, like with most other gadgets. Five months later, that statement sounds almost comical. I’m with the iPad day and night – literally. I don’t know if I love it because it’s a tablet or because it’s an iPad, but more of that in another post.