When the Pope comes to the lions’ arena UK on the 16th of September, it is probably going to be the most troublesome papal visit in history.

One may wonder why that is. After all, Britain used to be Catholic too until the mid-16th century. But it was then that King Henry VIII, angry at the Pope for not granting him an annulment, decided to break away from the Vatican and start his own national church, the Church of England. All monasteries in the land were closed down and their properties appropriated by the crown. Attempts were made by Catholics to restore their religion, including the infamous Gunpowder Plot of 1605, when a Catholic fanatic called Guy Fawkes tried to blow up the Protestant King and his whole parliament. He was caught, and the events of that day are still celebrated in the UK every year on the 5th of November, thus:

The Popish Recusants  Act in the same year practically outlawed Catholicism. The Great Fire of London of 1666 was (admittedly unjustly) attributed to Catholics and for around 150 years the following inscription stood on the Monument in the City:

But Popish frenzy, which wrought such horrors, is not yet quenched.

The Act of Settlement in 1701 settled the matter further by prohibiting Catholics from becoming the British Monarch, or even marrying members of the Royal Family. The Act is still valid today, with the Queen still the head of the Church of England, and part of her official job title being Defender of the (Anglican) Faith. It’s the F.D. for fidei defensor on the pound coin.

At around the time of the Anglican schism, an intellectual and spiritual enlightenment was just beginning in England with the Invisible College, the Royal Society, the founding of modern Freemasonry and other similar groups. The study of natural philosophy and the sciences blossomed, and the State started to separate from religion to a certain extent.

Meanwhile, the Catholic Church was unrepentant for the crimes it had previously committed, i.e. the slaughter of innocent civilians during the Crusades, the persecution of anyone claiming that the Earth revolves around the Sun, and the torture and burning on the stake of girls who dared to make herbal ointments. In 1884 Pope Leo XIII issued the encyclical Humanum Genus, condemning, inter alia, naturalism (what we call today the scientific method), popular sovereignty which does not recognize God (what we call today a secular democracy), and the idea that the state should be “without God” (what we call today separation of Church and State). These are the very things that most developed Western democracies take for granted.

From the 1880s to today, the UK (formerly known as Great Britain) has been in almost constant conflict with the Catholic Irish. Countless lives have been lost unnecessarily on both sides, but the IRA’s deliberate and systematic targeting of civilians did little to quell any of the pre-existing anti-Catholic sentiment in Britain. However, most Britons’ objections to Papism are not just political.

The Catholic Church’s moral teachings are outdated, to put it mildly. Abortion is out of the question, even in the first few weeks when the foetus  isn’t remotely human, and even if it’s the result of a 12-year old girl being raped. Gay relationships and marriage are branded “insidious and dangerous” (to whom?) while at the same time the percentage of gay people among clerics is higher than in the general population – after all, becoming a priest is for some of them the best explanation to mum and dad as to why they’re not getting married. The idea of female clergy is repugnant to  the Church. Condoms, in a logic-defying way, are viewed as a one-way ticket to hell and even as ineffective against spreading disease. This leads to a huge increase in HIV infections of Africans and of people who just don’t know any better than to listen to the Vatican. 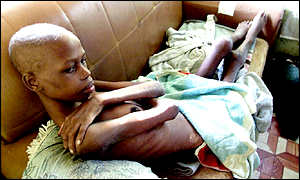 All these things are polar opposites to the modern, secular nation that Britain is today. In a country that prides itself on personal liberty, respect for the individual, non-conformity and even eccentricity, the Pope is nothing more than a disturbing anachronism.

Baptism is the brutal enforcement of a flawed set of doctrines on a  baby’s unwitting soul, and some liken it to spiritual rape. However, in the last few years it has become apparent that physically raping children is part of the very fabric of the Catholic Church. A large number of cases have been and are still being uncovered all over the world. Joseph Ratzinger, now known as His Holiness Pope Benedict XVI, is personally and directly responsible for much of this abuse. As Slate reported:

In 1979, an 11-year-old German boy identified as Wilfried F. was taken on a vacation trip to the mountains by a priest. After that, he was administered alcohol, locked in his bedroom, stripped naked, and forced to suck the penis of his confessor. (Why do we limit ourselves to calling this sort of thing “abuse”?) The offending cleric was transferred from Essen to Munich for “therapy” by a decision of then-Archbishop Joseph Ratzinger, and assurances were given that he would no longer have children in his care. But it took no time for Ratzinger’s deputy, Vicar General Gerhard Gruber, to return him to “pastoral” work, where he soon enough resumed his career of sexual assault.

It is a criminal offence in itself to cover up such crimes, and calls have been made by prominent British figures such as Prof. Richard Dawkins to have the Pope arrested when he lands in the UK. The Vatican’s response was that, as a Head of State, he is immune from persecution. And that may well be the case, so his crime will probably go unpunished.

In April 2010, a UK government department was tasked with preparing his visit and things took an amusing turn when one of their official documents was leaked to the press, and the BBC reported:

Called “The ideal visit would see…”, it said the Pope could be invited to open an abortion clinic and bless a gay marriage during September’s visit.
[…]

It suggested Benedict XVI could show his hard line on the sensitive issue of child abuse allegations against Roman Catholic priests by “sacking dodgy bishops” and launching a helpline for abused children.

The document went on to propose the Pope could apologise for the Spanish Armada or sing a song with the Queen for charity.

Even senior British officials are treating the Pope like a joke. 77% of Brits think that the taxpayer should not pay for his visit and 79% “have no personal interest” in it. Nobody really knows why he was invited, but we do know that the government of Gordon Brown, who were responsible for it, will not go down in history as the best decision-makers of all.  If the UK government had invited Fidel Castro, Radovan Karadžić or Kim Jong Il for a state visit it would be shameful, and inviting the Pope is only slightly less so. Indeed, in certain London dinner parties, someone saying he or she is Catholic  will invoke the same reaction as saying that they’re communist or that they’re into embalming. After an awkward few seconds of silence, someone will mercifully change the subject to avoid further embarrassment.

This time, it’s not just  the few Catholics in this country, but the whole of the British electorate who should be embarrassed. Let’s look forward to his departure so we can quickly change the subject.